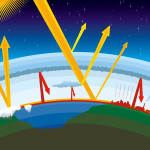 Definition of the Greenhouse Effect

“When we burn organic (i.e. carbon-containing) fuels, or organic matter decomposes, carbon dioxide is released into the air. It is transparent to incoming solar radiation, but opaque to some wavelengths of heat radiated from the warmed surface of the Earth, and so traps heat, leading eventually to a warming of the lower atmosphere” ((Allaby, M. Green Facts. London: Reed, 1989. Print)). 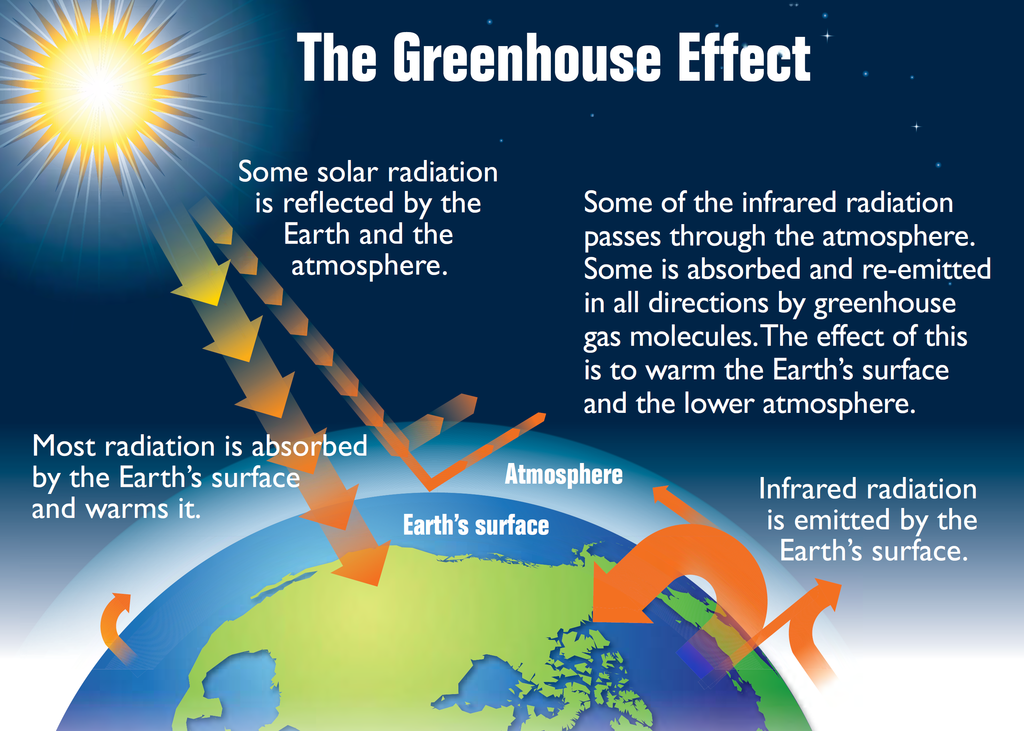 Is it Natural, or Caused by Humans?

As the Earth warms up it triggers other impacts, such as ice sheets to melt, which amplify the greenhouse effect and feedback into the cycle of warming, causing the Earth to get even hotter still.

Snow capped mountains and ice sheets reflect radiation away from the Earth – a phenomenon that is known as the albedo effect. This helps reduce the amount of heat absorbed by the Earth, and therefore plays a vital role in keeping the Earth cool.

When ice sheets melt, it exposes dark rock or vegetation that doesn’t have the same reflective properties as ice, and thus tends to absorb rather than reflect heat.

As sea ice and ice covering the Tundra melts, it exposes methane hydrates – ice crystals that contain pockets of methane locked within. When methane hydrates are exposed to warm air or warm water they begin to melt, releasing the methane – a greenhouse gas that is more than 20 times as potent as carbon dioxide in terms of its warming effect.

Other factors of influence

How latitude impacts magnitude of the greenhouse effect

Do Clouds Reduce or Enhance the Greenhouse Effect?

The answer to this question is not straight forward. Clouds form as a result of water vapor accumulating in the atmosphere, and as water vapor is a greenhouse gas, we can assume that they contribute to global warming. However, clouds also have reflective properties and contribute to the albedo affect mentioned earlier by reflecting some radiation away from the Earth. So, this currently remains a riddle that scientists are hard at work trying to resolve. 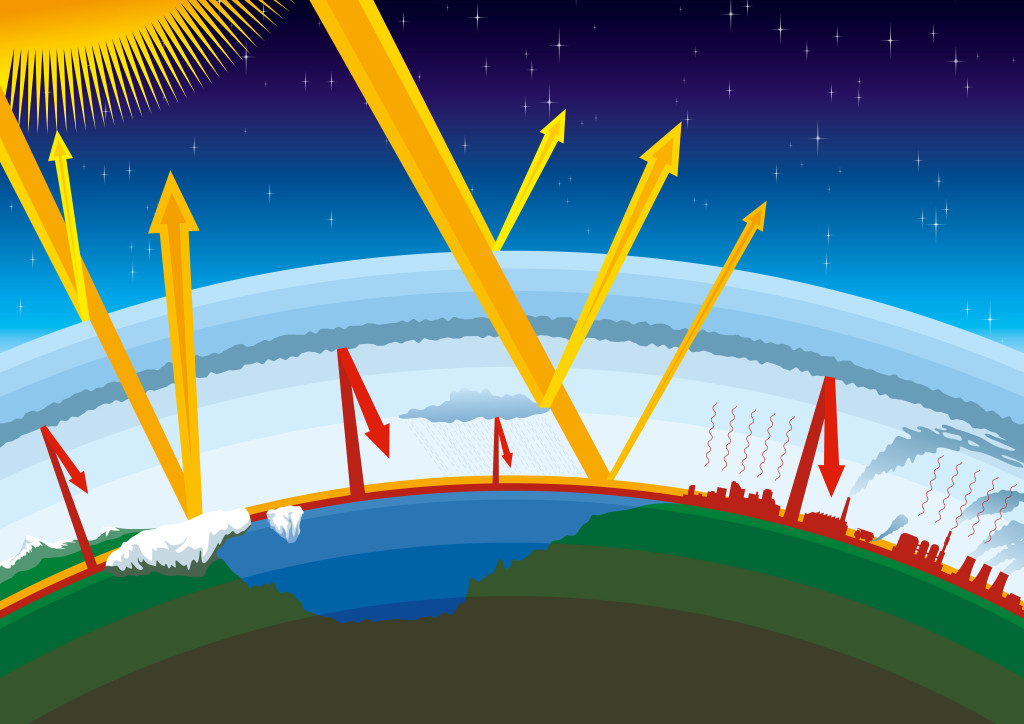 7 thoughts on “What is the Greenhouse Effect?”